Music to Write By: The Sounds That Heaven Makes 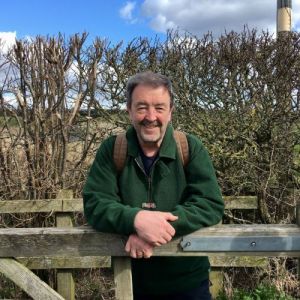 For nearly all of my days I’ve loved music, virtually all music. Vast amounts of it have defined whole periods of my life. After the obvious Beatles days of growing up there was Joni Mitchell’s ‘Blue to Héjira’ period, succeeded by David Bowie’s ‘Berlin Trilogy’ then a noisy amalgam ‘Heaven up here’ period of Blondie, Chic and, yes, Echo and the Bunnymen, while I was constantly out with my housing and community work friends in the early 1980s.

But none of these periods were ever classical music, until now. When several hours of it most days has started to help me think, write and generally colour in my life with what I’ve decided to call ‘the sounds that heaven makes,’ as an attempted poetic subtitle for this piece of reflection.

It all began, this ‘Music to Write By’ period, soon after I arrived at the University of Liverpool in late 2018. Discovering that, for me, the answer to how I was going to concentrate through the long hours of reading and writing I’d have to do, would be a good supply of classical music and a very good pair of headphones. Classical music had entered my life, to my surprise, a year or so earlier when the constant news and intrusive trailers elsewhere had led to me seeking the more peaceful alternative of Radio Three. In earlier times, particularly the Bunnymen period I’d have described this ‘peaceful’ as ‘boring.’ This time it was fascinating. ‘heavenly even.

So I thought you might like to find these sounds of heaven for yourself right now? Here’s how. From your radio, your phone or whatever you search on, enter ‘BBC Radio 3’ even if you’ve never been there before. And any hour of the day or night the music will be there waiting for you. Then once you’ve found it, let it play. There won’t be as many announcements or interruptions as you’re used to, and the pieces played might be longer than you expect. But leave it be, if you can. And if you don’t like the first piece you might like the next or the one after. Or by then be thinking, like I did for the first while, that “this is like silence but better. More fascinating.”

Three years later and still listening I think it’s better than even that now. I have my own tastes and opinions and I don’t call it classical music any more, because it seems to live outside of specific time periods. So that some 16th century Thomas Tallis (say, ‘Spem in Allium’) might be perfectly followed by some 21st century music from, say, Caroline Shaw (anything from her ‘Orange’ album), and sound heavenly.

Being a lifelong music compiler who grew up with compilation cassettes, as soon as I got to University and realised this music would help me to concentrate, I began putting playlists together. Nine of them, and counting so far, of all this heaven. Each of them about two and a half hours long, and each one being a thinking and breathing space for me. To play while I’m writing my ‘Looking for Utopia’ PhD and now, while I’m writing this while Aaron Copland’s sublime ‘Quiet City’ accompanies me. Sublime.

I write by walking about, not literally, but by going to a new writing place every couple of hours. It saves me being too sedentary as well as freshening up my thinking and even typing. Hence the length of my playlists. If I reach the end of one it shows me I’ve been in the same place too long and it’s time to move. To a different part of the library or university, somewhere downtown. Or just a different room in the house if, say, you’re locked down in a global pandemic. You can write anywhere with a laptop or a fieldnotes journal. And when I get to wherever, there’ll be a different playlist of different music to help me get writing again.

And all the music on all my playlists found while listening to the radio. Where you can find and then make your own playlists if you want. Or maybe just leave the radio on and let it surprise you. Like you’ve been given the key to unlock a secret garden called BBC Radio 3. Where the lark and other sounds of heaven are always ascending. Good starting places are the programmes of Elizabeth Alker, Petroc Trelawny (what a name) or Sarah Walker. But really any programme at any time will do, on BBC Radio 3, a national treasure.